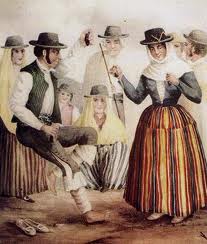 Today we celebrate the day of the Canarians once again. A festivity on the Canary Islands that translates to a day filled with typical Canarian activities. Yesterday it already started with all the children going to school in a typical Canarian outfit. The outfit is not so difficult. Woman/girls wear an enormous skirt and men/boys wear dark pants, a white shirt and a long sash around their waist, worn like some kind of belt.

For us it is really a perfect day because our holidays start today. Tomorrow we will leave to Madrid and afterwards we´ll visit Holland! Even Alex is looking forward to it! 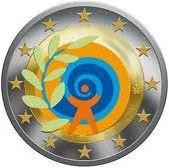 What is exactly the deal with these colored coins that keep appearing. It was a question that kept playing in my head and after some research I finally got an idea. I started wondering with the appearance of the colored 5 euro coin where there were suddenly some non official versions, only to notice that these non official versions were not called ‘illegal’. It seemed that anyone is allowed to paint their coins.

According to the law once a coin is painted it is no longer a legal form of tender. They are coins with a defect and are removed from the payment systems. As a collectible item they are nice to have and some are really pieces of art, and as such represent a certain value, but for making legal payments these coins are worthless. On the facebook page by the Royal Dutch Mint a number of critical questions were asked and you can read the following (about the Orange Lucky Dime, translated from Dutch):

They do seem to be referring to normal 10 cent coins. Still, they are worthless coins that are being sold alongside normal coins seemingly like they are similar products. The colored coins are a lot more expensive, but that they are not really legal tender only becomes clear after quite some investigation. It would be prudent if somehow this confusion was removed and it was made clear these colored coins represent a pretty and innovative product intended for collectors and that it does not represent legal tender.

A colored coin will not buy you anything but I think that still a lot of people would be interested in these pretty coins. 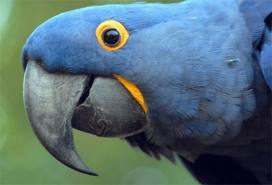 How many peanuts remain in the bowl?

Raising a kid is sometimes a very tiring occupation. Alex is on the verge to start crawling, so every now and then we try and give his some crawl and walking classes. Hopefully he will master the act quickly because even after a short class I’m beat. I’m getting old!

And if you don’t ask questions you won’t know why
so say a prayer for the time while there’s still time
so pray for good and pray for love
pray for peace and pray it’s enough
pray for salvation
pray that we’re right
pray one day we’ll open our eyes, and
pray for them and pray for us
pray one day we can live as one
pray for the children whose time is to come
just pray they forgive us for the stupid things we’ve done

It is weekend, so we try to do enjoy ourselves and do nice things. Today we visited the botanical gardens. Alex was looking around and saw a lot of plants. He did not seem very enthusiastic.

After our visit Alex took the opportunity and posed for a photo in the car. Of course we moved his to his proper seat inside the car just after the photo.

The Spanish bank Bankia has gotten into some problems. Just one week ago the bank has been taken over by the state and it has become public that since then more then a billion euros has been transferred by clients of Bankia to somewhere else.

I used to have a Bankia account (it used to be called Caja de Canarias), but I closed the account due to an extremely unfriendly attitude towards their clients. Now the rest of Spain is also closing their accounts. Probably not because of their attitude towards their clients but more likely because of the huge amount of properties that the bank owns. Properties that are almost impossible to sell and that keep dropping in value.

According to the bank there is (of course) no reason to worry. These are seasonal fluctuations in the amount of capital they have. Sure, what else are they going to say. Where is all the money going? Other banks, other European banks outside of Spain, or even farther away to different currencies or even valuables like gold? I just don’t know so I’ll just keep observing the situation from a safe distance. First see what happens and then I’ll figure out what to do. 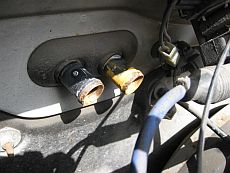 It is a very strange sensation. Our car breaks down every couple of months. I always take the car to the same mechanic, because I believe I’ll be less likely to be cheated being a loyal customer. As a foreigner I run an even bigger risk of receiving highly inflated bills.

Sometimes I receive very little benefit from my loyalty to our mechanic, who sometimes likes to be creative calculating the hours he spends on our car but ever since I returned his screwdriver to him I notice a difference. Our most recent problem was a warm liquid that was dripping on the passengers feet. A liquid with a very obnoxious smell.

We quickly realized something was wrong about a wet car and pulled over. After a quick checkup I found out it was the cooling liquid, Quickly I added almost 3 liters of water to the cooling reserve and we continued our drive home.

According to the mechanic the problem was with the heating. The cheap solution was the disable the entire heating system. Result: 30 euro. A very nice price.

Our car turning into a sad story all the time. The alarm was dismantled, he heating does not work anymore, the paint job was destroyed because I cleaned the car with a very tough sponge and at some spots rust is appearing. How much longer will she survive? 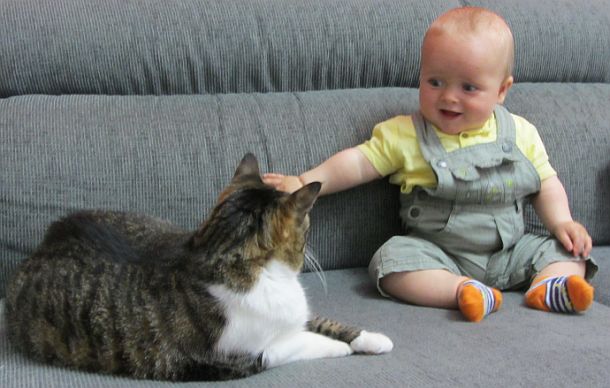 In this picture we see little Alex quietly observing a nearby animal. A little later Alex decided to connect with the cat in a strange manner. He pulled her little leg quite hard. The cat decided it would be better to avoid little babies for a while and did not show himself the rest of the evening.