Someone found 25 million dollars somewhere in a tent in a terrorist camp. The money was hidden in a box, and after some debate it was decided the money should go to the red cross. Instead of just handing it over a much more complex plan was devised. The red cross would secretly transport the box with the cash to me, using the diplomatic post or a deceased soldier.

The box with money needs to be send to a trustworthy person, and for some reason the person who found the money (and seems to not know my name), has decided that I am this trustworthy person. For my troubles I get to keep a past of the cash (30%, around 8 million) and the rest I should hand over to the red cross.

Maybe I am just being paranoid, but something smells fishy here.

I want to trust you with this confidential proposal. Before I continue, let me introduce myself to you, I am Col. SPARKIE H WHITE the commander of the Special N.A.T.O coalition force with the United Nation troops in Afghanistan, on war against terrorism. I was working with General S McChrystal, the former commander of U.S and NATO forces in Afghanistan before he was replaced by another General. I am serving currently in a Taliban territory; a remote Village in Bamyan province to the bustling capital Kabul (CBC’s Doc Zone).

I have carefully packaged the money in a box; I have made contact with a friend who is working with the UNITED NATIONS RED CROSS here in Kabul. He will assist me move the consignment out of the trouble area down to your country, which is the only safer means of moving it out of this hell hole, he will deposit it with the United Nations Red Cross as a diplomatic luggage as I have told him that the luggage belongs to one of our soldier that died during the attack but before giving up he told me to make sure the luggage get to his family. He will deposit the consignment for safe keep and to make contacts for its proper use.

So I need someone I can work with on trust and that is why I contacted you. So if you accept, I will put you forward as the beneficiary/owner of the funds and then the box shall be deposited on your name as the beneficiary and the Red Cross Agent will transfer the box to you anywhere in your city. I just need your acceptance and all is done. I have 100% assurance that you will surely receive the box without any hitch through United Nations, every arrangement will be made to proceed to your country.

Once I confirm your interest to my proposal, and your positive reply I will proceed with the arrangement to move the consignment out of the trouble area and register your name as the beneficiary then move the consignment to your country Red Cross office. I am willing to give you 30% of the total sum when the money is delivered to you. I wait for your response so we can proceed immediately. In less than 7days the money should be in your safe custody.

The only telephone access we have here is radio message which is for our general use and is being monitored; therefore all communication will be via email till we finish our assignment. Please keep it to yourself even if you are not interested. 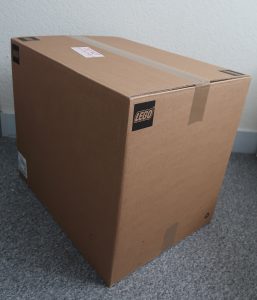 It arrived! A big box was delivered to my home. I am very happy because I know what is inside. Do you know? The kids will be happy for sure, even though Alan will need to be a bit patient. He is still a little small for this box. Alex will be very happy, as it fits perfectly with the small collection he already has. 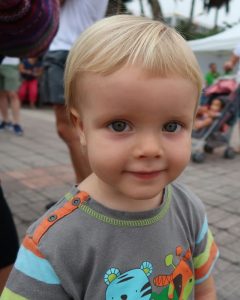 Alan visited a running event last week. He himself did not run, but his big brother did. Alex ran a nice round for the “pequeno valiente” organization. An organization that helps little kids with cancer. At this event I shot this nice picture of a naughty Alan.