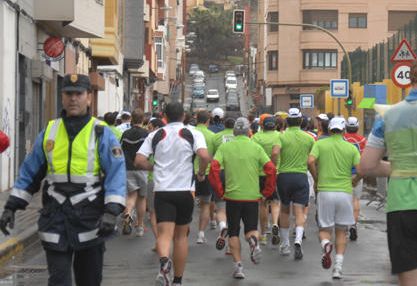 Every year it is the same ritual all over again. My family asks to write a little text about what has happened the past year.

2008 has been a quiet year. It is strange to be living so far away from the Netherlands and for Ana it is strange to be far away from Madrid, but we are adapting to life on an island. Life here in Spain is quite different from life in the Netherlands. There are no seasons and the difference between summer and winter may be 10 degrees. Throughout the year we can go to the beach.

We spend pretty much the entire year in Las Palmas in the Canary sun, with a few trips. At the beginning of the year I visited the Netherlands for a week. Way too short and way too busy, but still very nice to be back ‘at home’. We enjoyed a nice weekend in Fuerteventura. Lazily lounging on its fantastic beaches. Our holidays took us to Egypt and northern Spain and southern France. Egypt was very hot and very impressive! I also started Spanish classes again. Twice a week I’m back to school studying for an official diploma. I speak Spanish pretty well but my writing skills lag behind. Ana wanted to attempt to learn Dutch, but alas. Besides all the languages ??you can learn like German, English, Chinese, Indian, Russian etc. Dutch was not an option. Well, I will try to teach Ana a little bit of Dutch myself.

We wish everyone a good and happy new year!