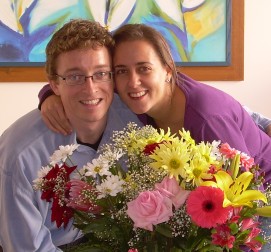 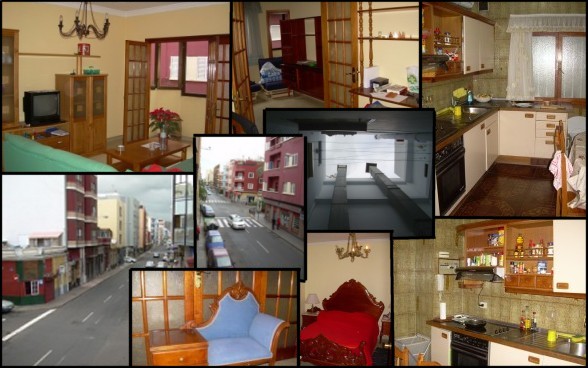 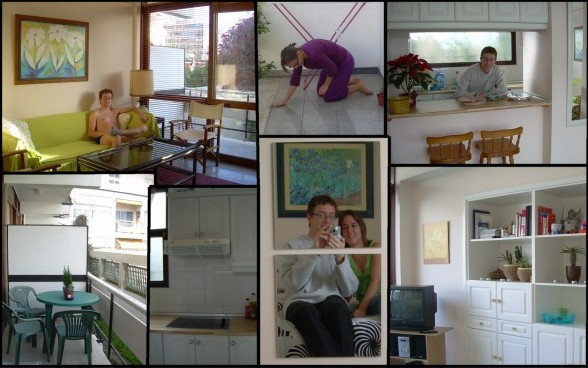 In spain the periodical check of a car is called the ITV and yesterday I had my first experience with this organisation. We went to the building and first had to pay 35 euros. In return we got a stack of papers.

Afterwards we had to drive through a garage where a lot of mechanics were checking cars. We had to stop at three separate parts and three different mechanisc were shouting commands. Breaks, light, windscreen wipers, reverse, hand brake, accelerate, clutch,lots of gas, little gas, etc. All really fast and difficult to follow. I had a translator with me in the car, but for her it also went very fast. In the meanwhile the forms were filled up.

Afterwards the car checked out okay. There were some minor details lik some rust, but we can drive the car one more year. After 5 minutes we got a small little sticker for the windscreen and we were off again.

The new year has started and 2008 promises to become an interesting year, just like the previous years. In two weeks we plan to move to a new home although we will remain in Las Palmas. I wonder if this will still be the case in a year. We still need to complete our objective to visit all the seven Canary Islands and we are thinking about traveling to Egypt for our holidays.

At the end of last year 2007 I followed Spanish traditions and ate 12 peeled, pitted grapes. One grape for each chime at exactly 12 midnight. Each grape represents a good month in the new year and it seems to have worked.

2007 was quite a tumultuous year. I began the year with a move to the center of Madrid. Here I was told that my work was unfortunately canceled and for a while I was looking for another chance. Not easy because we had plans to leave mid-year to Glasgow, where Ana would start an internship for 9 months.

Eventually we did not go to Glasgow. The plan got cancelled because Ana got a much better offer from the Canary Islands. “Do it!”, was my advice, and two weeks later we were renting an apartment in Las Palmas. Ana was working and I was enjoying the Sun

My first job in the south of the island was a big disappointment. I expected it was going to okay because the company was not Spanish, but Belgian/Dutch. But no. Unfortunately this company was located precisely in Spain because they could not be bothered with the normal rules that apply in developed countries. After 3 months I went to find my luck elsewhere.

After my first job I quickly found a new challenge, thanks the the social network on the Canary Island. A social network that works very effectively. This time I was hired by a Spanish company within walking distance of our apartment. And to my surprise everything is well organized! Salaries, pensions and even taxes were being paid.

Since we live in Las Palmas we entertain visitors almost every week and every time we visit the whole island again. Right now I can almost dream the tourists points. Usually the visitors are Spanish but occasionally there is also a visit from the Netherlands. Very nice to occasionally speak Dutch again. I am very happy with the visits from the Netherlands and the cards I have received.

Sports. Well, not everything always goes as I want. A few months it went to the gym and for a time I ran every morning a round across the nearby beach. I also took a week of surf classes. Next year I would like to do sports with a little more conviction.

In the end I look back to 2007 with a satisfied feeling. However, it is sometimes difficult that everyone, my family and friends are so far away. At least I’m a lot less white. I have a nice tan and I feel good and happy here. Perhaps the effects of the lack of rain and cold.

My good intention for 2008 is to do some more exercise. Twice a week something sporty sounds like a good and feasible objective. I would also like to master the Spanish language a little better. Then I will hopefully be able to speak without first thinking quite a bit. I also hope for a bit more stability for a while. I would like to visit Holland a couple of times and maybe see what else there is to discover here.

It is difficult to recognize opportunities when they occur, but have faith in the future and have faith in yourself. Try to grasp opportunities as they arrive, your dreams can come true if you have faith and every now and then just take a chance. I have found this often work amazingly well! When it goes wrong, see it as a welcome lesson and try it again. I wish you a very happy 2008!