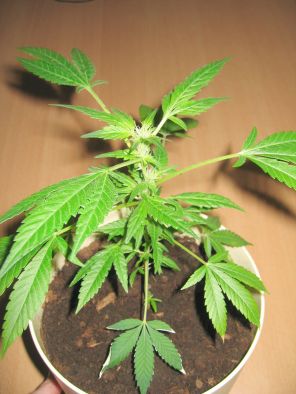 Yesterday I did it. My plant was moved from my window sill to my balcony, because the smell began to be noticeable every now and then.

This afternoon I’ll go and check to see how my father’s plant is doing. I had already noticed that it was doing much better than mine. Her trunk was already twice as thick, it is full time in the greenhouse in the heat, and she has a huge(!) large pot with soil. This can only result in unbeatable enormity.

Well, yesterday I ran the singelloop and I managed to get a good result finishing before my running friends. The only detail is that I did not get any medal because we arrived to late to sign up and the numbers were already sold out. Not really a problem, but I am a bit sad about missing out on the medal.

The run itself was quite special. It is not like other running matches. Of the 6 km distance the first 5 kilometers I was just jugging because there were a huge amount of (slow) people on the route… this is really typical of the singelloop, but also makes it a special and fun event! 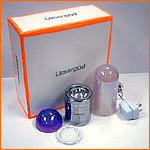 Only a few more hours and than the Leidsche singelloop will start. Running a nice 6 kilometers through Leiden and afterwards searching a nice terrace to relax a little.