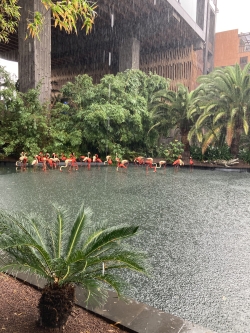 Our expectations were set quite high for Baobab. A 5 star hotel should be the best of the best. Everything is arranged to make the guests stay as nice as possible. This was also our expectation, but sadly we found a couple of issues that were not as we expected.

First there was the weather. It rained all the time, and there were warnings about a cyclone! That is not a very common thing here in Gran Canaria, and of course this is not the hotels fault. The rain caused the hotel to turn into a place where the floor was covered with lots of towels and buckets. There was water everywhere, and the African themed hotel was clearly not made for rainy weather. All the entertainment was cancelled. At night there was nothing to see or to do, even inside.

There were other inconveniences. We could not park near the hotel. The guy near the entrance of the hotel had no idea. We were offered a welcome cocktail during our check-in. Two without and two with alcohol, but the offer never materialized. We did not receive anything and we were not explained anything about our drinks. We were clueless.

An elevator did not work, but this was not indicated anywhere. There was a huge queue for the breakfast buffet, where the queue was standing in the rain. Our room had a broken coffee machine. The drinks machine at the breakfast buffet (primarily used for coffee) also had hot water and milk options, but whatever your selection a drop of coffee was added at the end. The buffet had a big tray of raw eggs (next to the slightly hidden cooked eggs). I took a raw egg by accident, no idea why anyone would want a raw egg?

Before our checkout the kids were playing ping pong. Nice! but it was not meant to be. A member of the animation team came, saw and conquered. The pingpong table had to go, because of the bad weather. The simple fact that the table was located at a sheltered dry place (and in use by our kids!) did not matter. 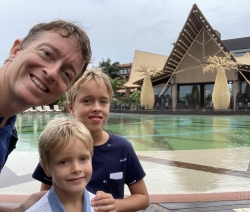 The hotel itself was stunning. The architecture was breathtaking. The pools where everywhere and were really very nice. The greenery looks very nice. There were elephants, zebras, crocodiles and flamencos (all fake) all over the gardens, and it helped with the nice African feeling. There was a lot of personal walking around, doing their jobs, and the personal was very helpful. The rooms very nice and very big. Except for a broken coffee machine, and a led strip that was hanging around everything was in order. We had a well stocked mini-bar and a really nice big bath. Good beds. The room was great. A very nice view and a nice balcony, but this was unusable because of the weather. 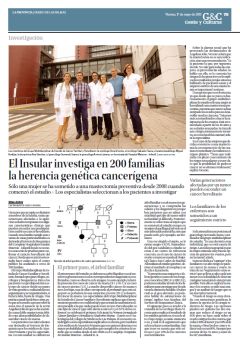 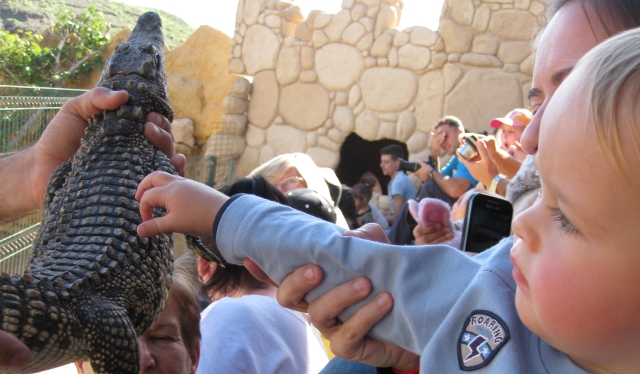 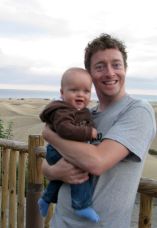 This weekend I was planning to follow the wine route of the Gran Canary Island with a couple of friends.

Although I’m really ignorant about wines I do like to drink a glass of wine every now and then. I found out that the Gran Canary Island has quite a history of growing grapes and wine production. Between the 16th and 18th centuries wine was the most important exported product.

Right now wine has no more importance for the local economy but there are still a number of sites near the capital Las Palmas where the still have some production of wines.

The value of wine production for the touristic industry is slowly being increased, because the locals found out that there is profit in wine drinking tourists, but there is still a long road to travel. There is a route past six bodegas near Las Palmas. Sadly you need to inform quite specifically in an information point to get the information and than you need to arrange everything yourself. Call the bodegas yourself, make the appointments and arrange transport for the visits.

There is no need to go unprepared. A document to value the wines is a good thing to bring.

In the end the wine route proved to be a typical Spanish thing. If you don’t speak Spanish it will be impossible to make any arrangements. From the six bodegas 2 could not be reached. One was closed and another was only interested in bigger groups. A third was only open from 17:00 till 20:00, but only on Saturday. The last bodega told me we were welcome in October.

Finally we cancelled our wine route. Not so unexpected that this route is no so much published. Maybe in some months we’ll try again.

This rock used to be revered by the original inhabitants of the island who thought it was a holy rock. On this photo you see the rock and on the background the volcano of Tenerife, the Teide, which is also the highest point of Spain. 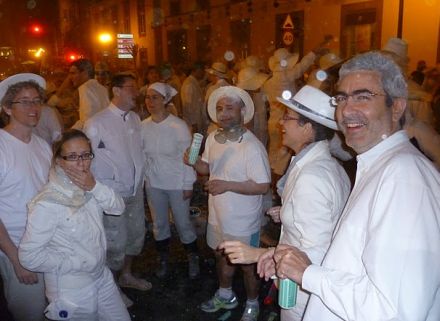 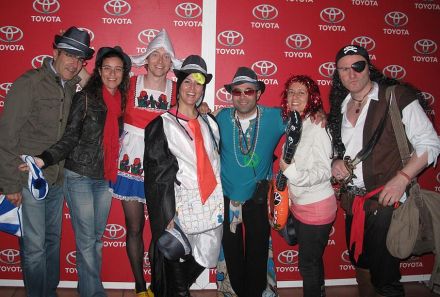 This Sunday the people on the Canary Islands celebrate. Everyone will be eating typical Canarian potatoes with a nice ‘mojo’ sauce, honey rum, fish prepared in water from the ocean, almogrote, and everything typical the locals like to eat and drink.

Of course there are little markets all over the place selling local products and to make everything even better the Monday after the party is a holiday as well!