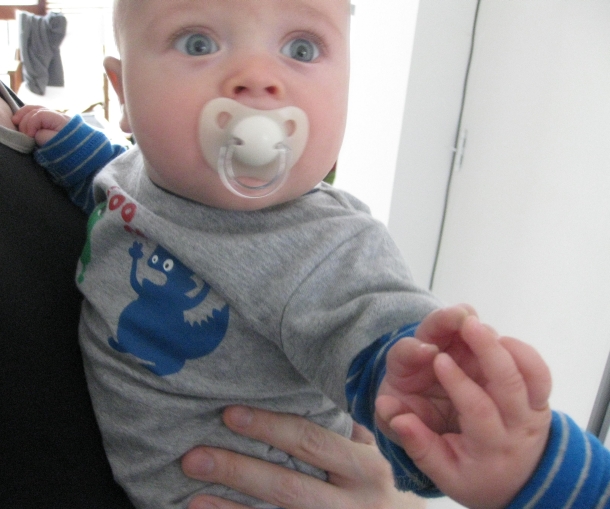 Alex has finally discovered his dummy. It took five months in which he kept spitting out the little plastic thing but he has finally changed his mind. We hope his thumb will finally get some rest. According the pediatrician a plastic dummy is better than his thumb because of the bad effect the thumb has on the developing teeth. Still, it seems every so-called child expert has a different (contradictory) opinion.

On this picture you can also see Alex reacting to his mirror image. He was a bit surprised, but since some time he is actively trying to grasp his other self.

2 thoughts on “Dummy and a mirror”