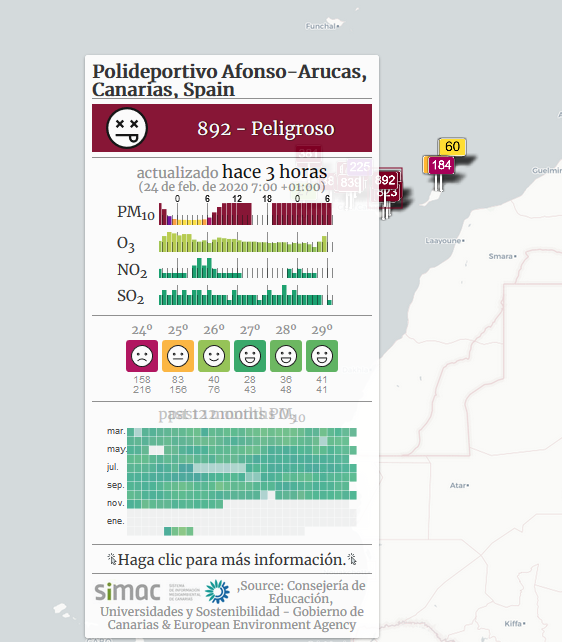 Last weekend was spend inside because the entire island was covered by a strange yellow thick fog. The fog was not made out of water, but existed out of sand. The sand came all the way from the Sahara desert and was/is being blown over the island. Slowly everything here is being covered by a thin layer of yellow/orange sand. It looks pretty nice, but the same layer of sant in our lungs is probably not the best thing, so we spend the weekend inside with all the doors and windows closed. The one time we were outside it was like being in a ghost town. No cars, almost no people and the people that were outside were wearing mouthcaps.