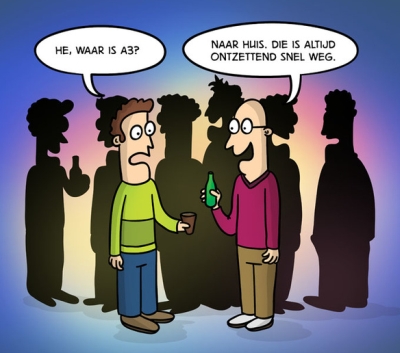 I have no idea who is Evert Kwok, but he did make a funny drawing. 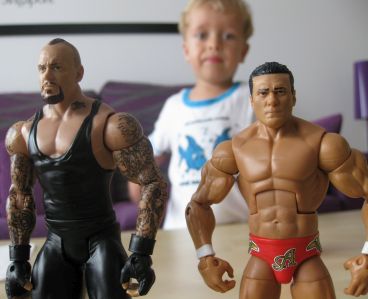 On his way to school Alex often walks past a garage, and there the employees have developed a fondness for Alex. When he passes he will even get a little present at times. Alex often repays the favor by bringing some Dutch treat like stroopwafels or some other tasty treat.

Recently Alex got a present again. Two plastic fighter men, and although we thought Alex was a bit small for these kind for toys Alex was really happy. He was fighting with his little men a lot, and he was even allowed to bring one to school… with his peers the little fighter was also very popular.

A few days ago we were in a toystore and noticed the price for the little fighters. 30 euros each! We were lucky that Alex still preferred a nice green balloon. It was a lot cheaper :)

Lemontime is over. Now it is time for figs!