Yesterday Spain was in protest. A lot of people were on strike the entire day (a day that gets subtracted from your paycheck) and during the evening there were protests. The reason for the strike is the deterioration of employee rights. Shortly it will become (much) easier and (much) cheaper to fire people. The politicians think that this will stimulate employees to employ more people, because getting rid of people will be easier and cheaper. Employees simple fear unemployment. The fixed contracts and job security will loose its value. More than 8 days ill? Fired. More then three month loosing money? Fired. Fixed contract? Fired with a small compensation.

In Las Palmas the protesters started their march around 6 o clock and there were a lot of people! A protest with a lot of noise and chaos. I estimate around 20.000+ people were protesting and this is quite an achievement for an island where the people usually just wait and see what happens in the Spanish mainland. Now we wait and see the aftermath of this protest, but usually the end result is a quiet acceptance of the changes.

What a nice surprise. Today I received a phone call from ‘down under’ and just before starting the weekend I was asked if I would like to be the godfather of little Jack and of course I gladly accepted this great honor. At the moment Jack is in Australia with his family. He will be baptised next week and then I will be presented as his godfather.

Today it’s father’s day in Spain and for me it is my first father’s day ever. I’m so curious… I already got a few emails from friends and family but what will my son give me. He was a bit sad today crying every now and then, but in a quiet moment when we were playing on his little mat he gave me the best present he could. His first roll-over! 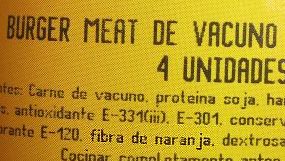 It’s always nice to eat a tasty homemade hamburger. We bought some buns and a package of hamburgers. The hamburgers were all beef, because pig is bad for you. But what’s in a hamburger except for the meat? I looked at the list of ingredients and knew directly that checking the ingredients was a mistake.

Our hamburgers contain beef, but they don’t specify how much beef. In addition they contain grain, rice and oranges (!). Together with some additives for flavor, color and smell. It does explain the low price, and the burger tasted okay. Still, next time I will think twice when buying this ‘meat’ and probably get real meat. 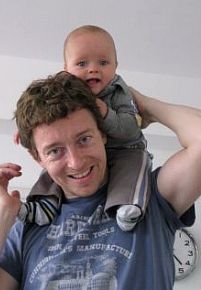 Although I need to hold him securely it is safe to say Alex has a new activity he really likes. View the world from the height of my shoulders. He loves it! 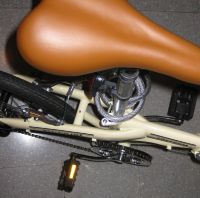 Being Dutch driving a bike is as normal as walking. It is a part of my heritage. A part that I neglected a little bit here in Spain, but finally a perfect excuse arose. My work moved to a new office and the new distance was to far for walking. I immediately thought a bike would be the perfect solution.

The only problem is that in Spain the average car driver does not take into account the existence of bikes. They are not used to bikes and a bike path is very rare. This results in a high risk when you move around on a bike. Luckily a campaign is going on to rise awareness about bikes and they even prepared a couple of bike paths.

I’ll just go ahead and give it a try. I bought a folding bike so I can store it without to many hassle inside the office.

Two teeth already. On this photo spending a nice sunny sunday playing with his parents. Life is good.

A new commemorative coin is being minted. It is a coin with a five euro value which means it can only be used in the Netherlands. Basically it means the coin is intended for coin collectors and the state treasury. Five euro coins appear around three times a year and this is the first coin of 2012. The theme of the coin are the relations between the Netherlands and Turkey which exist for 400 years.

As a symbol for this relationship the tulip has been selected. Although tulips are often associated with The Netherlands commercial cultivation of the flower began in Turkey. The coins has an open tulip with the portrait of our queen on one side, and a closed tulip with the Turkish flag on the other side, representing the origin or the tulip and the important symbol it is nowadays related to the Netherlands.

The royal Dutch mint likes to experiment and again they surprised us with something new. A set of coins featuring a colored tulip. Four colors were used, red, white, blue and orange. The colors of the national flag and the color that represents the royal family. Sadly only 750 sets were available so once again the entire set was sold very fast (less than 12 hours).